Which Social Media Platform is Right for Your Business?

We know that Social Media Marketing is the future (and also the present) but which social media platform is right for your business, your goals or your target audience?

We’ve covered Why You Need Social Media Marketing, The Importance of Knowing Your Target Audience and even Ways to Market to Millennials (A.K.A. a lot of social media marketing) in previous JSL Marketing blog posts. But even if you pull all that wealth of information together, you are still lacking the final piece of the puzzle, the last circuit switch to really make your business’ SEO and digital marketing shine bright.

Here is that last missing link! Which social media platform – or platforms – you choose can have a massive impact on your advertising or marketing outcomes. The wrong choice may not gain you the traction you’re hoping for, but the right choice can lead your company to new heights!

Read our breakdown of 4 top social media platforms to find out which is the right option for your business’ SEO and social media marketing plan!

Launched in 2006, Twitter now has over 336,000,000 monthly (regular) users including approximately a quarter of the US, making it one of the top 10 websites in America. Over 80% of active users access their Twitter from their mobile and nearly 80% of users have mentioned a brand in a Tweet.

Twitter is not only a huge US tycoon but also appears to be even among genders, with 24% of men and 25% of women saying they use Twitter. Around 40% of Twitter users are part of the younger crowd, approximately 18-34, though there are also a fair number in the 35-64 age range, with usage only dropping off at around 6% for over 65.

So, what does this mean for your social media marketing plan?

Here’s our breakdown: Twitter is a good mid-ground contender for both B2B and B2C accounts. It also has a nice even split of men to women users and a decent spread of younger to older users (excluding the over 65 age group).

The area where Twitter shines most is in brand awareness and organic engagement. Twitter is largely underutilized for advertising, meaning it isn’t as saturated and could be a great market for brand awareness, especially in Ecommerce. Additionally, it can have a smaller price to match its ‘smaller’ audience.

Facebook is the largest social media network with over 2.3 billion (2,300,000,000!) monthly users. Facebook has more than a quarter of the world’s population on its site, giving advertisers an amazing opportunity to reach their target audience, whoever that may be!

The stats for men and women are similar to that of Twitter, as are ages primarily reached. However, Facebook reaches more broadly into the older generations than Twitter and is more for B2C social media marketing than B2B. In addition, Facebook has an advanced targeting digital advertising platform which can make it much more likely that those you advertise to actually read or click through your social media marketing plan.

Our recommendation: Facebook is a social media marketing giant, which comes with its pluses and minuses, such as the saturation of advertisements on its site. In addition, the cost might not always be the most effective use of funds, as Facebook can be one of the pricier social media platforms to target based on many factors with only mid-grade engagement numbers.

The upside, of course, is that huge 2.3 billion user number, as well as Facebook’s specific target audience software both for Ecommerce and lead generation. Lead magnets tend to do very well on the site as well, and with most users browsing their feed often, it’s more likely you’ll get that click.

Surprising to many, Instagram is hot on Facebook’s heels! Not in users, of course, but in social media marketing, especially B2C. Instagram has over 500,000,000 monthly active users and the highest engagement rates, 58% more than its owner, Facebook and over 2,000% higher than Twitter!

Unlike some of the even Earls above, Instagram is much more heavily frequented and used by the 18-34 age range, and has more female users than male, making their social media marketing and target audience a little different than both Facebook or Twitter.

Our insta-advice: Instagram is quite image and video heavy, even more so than Facebook or Twitter, so businesses or brands that are selling products that are visually grabbing have an advantage on this social media platform. If your target audience is younger, or female, then Instagram again might be your best bet.

Finally, the Insta-price tag is about the same as Facebook ads but can pack much more of a punch, with some big brands showing over 140% more clicks on Instagram than Facebook for the same campaign!

LinkedIn primarily works with B2B, which sets your target audience apart right from the start! With 227,000,000 monthly users, their target audience is nothing to scoff at, especially with over 60% of these users being in the 30-64 age range which can sometimes be elusive!

Even more elusive of an audience, over 75% of LinkedIn users earn over $50,000 a year, meaning they have the highest disposable income of any popular social media platform. However, with the B2B tendencies and high-rolling users, LinkedIn can have high CPC (cost per click) campaign prices, anywhere from $2-12 per click.

The breakdown: If you are looking to reach working professionals and up, then LinkedIn is the clear choice! Along that same route, if you are targeting businesses instead of customers, then LinkedIn’s higher ad costs can easily even out and still turn a hefty profit. Finally, if any age above Millennials is your target audience, then LinkedIn with its more mature user mix, is possibly the best option for your social media marketing campaign.

Want to Find Your Social Media Platform Mixology? We Can Help!

If the above wet your whistle and you want to know more about social media marketing for your target audience, or even why it’s important, talk to us at JSL Marketing today. We’re happy to help find the best mix for you, your business and your budget!

Whether it’s an SEO audit, consultation or social media marketing plan you need, we’re here to help and we can’t wait to work with you! See more blogs here!

Personalized SEO: The Importance of Knowing your Target Audience 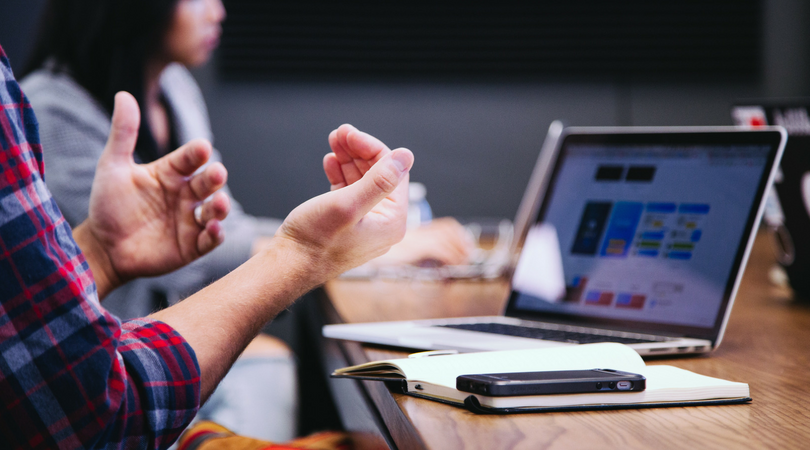 If you are looking at beginning your personalized SEO journey but need some direction, then target audience research and decisions are the best starting point. Once you have a company, service or product, you have to figure out who will be using it, who wants it, who needs it and why!

Think of it like being at an archery range – you have to know which target you are aiming at before you can ever take a shot! Once you know your target audience, you can market in a much more accurate way because you’ll have the direction, research results and knowledge to do so.

Take Millennials for example. 22-35 year-olds have very different ways of searching, shopping, and sharing than their predecessors or Generation Z, which is quickly growing up and joining the consumers of America.

These are all excellent questions, and will all be answered below! And afterwards, check out our previous blog post on How to Market to Millennials if they are your target audience!

Who is your Target Audience?

This is the very first question you must ask yourself, and you are probably quite familiar with it, as we bet you asked yourself this when you were designing your product, company or service. But for marketing purposes, you need to take a second and closer look at this question.

If you are a wedding photographer, your target audience might seem quite varied and too vague to really make personalized SEO for, but this isn’t the case! Do you deal with high-end locations, destinations and extravagant affairs? Then you are looking at a different target audience than if you mostly deal with small, intimate or rustic wedding venues.

Continuing the example, did you know that the average ages for marriage used to be 22 and 20 for men and women respectively in 1960? Or that those ages have risen to 27 and 29 in 2018? This means you are dealing with a rather specific demographic which research can help you understand, making personalized SEO not only possible, but easy!

What Does your Target Audience Want?

Using a new example and theme, let’s pretend you are a roofing company. Everyone needs a roof, right? So personalized SEO and knowing your target audience isn’t important, right?

Your target audience has specific needs and preferences and if you don’t offer them, they’ll look elsewhere! Maybe they want a free roof inspection, maybe they expect quick responses or great reviews, maybe a customer satisfaction guarantee.

Regardless of what your target audience is looking for, you have to deliver it if you want their business, and before you can deliver it, you have to know it. Find your niche and do it well!

“You are bound to be “shooting blanks” in your keyword strategy if you don’t thoroughly understand your buyer personas. Only when you really know your target audience’s precise pain points and needs, you will zero in on the exact keywords that work and save yourself time and money.”

If you provide free roof inspections, then make that one of your SEO keywords for your area, and give it a prominent spot on your site. If you will beat competitors pricing, make that known! Or if you want to work mainly with businesses, industrial sites or gated, luxury neighborhoods and high-end residential roofs, make that evident on your site.

Find what your target audience needs and then deliver it with style, ease and quality.

Where Does your Target Audience Get Their Information?

However, if your niche is catering to an older generation, a strong site it still important, but having phone support may be more needed than when dealing with, say, Millennials who generally hate using phones for voice-to-voice calls.

Knowing which review sites, lists, and business bureaus get the most hits and then reaching out to them can be a great way to raise your exposure in your target audience without too much extra leg-work.

If certain sites, like Yelp or Angie’s List, rank well in searches for your business area, then consider getting on their list a great investment. Make sure you are in tune to what your target audience reads, searches, and trusts, as then they will be more willing to trust you and your work too.

Need Help with your Target Audience? We Can Help!

If you need more help with your personalized SEO and target audience research and implementation, then consider JSL Marketing as the top SEO in Dallas, Fort Worth, and two new locations in Michigan – Grand Rapids and the Lakeshore!

Contact us today to get a free consultation and see how we can help you get that number one spot on Google!